0
My Favourites You have no favourite villa.

Karmi lies 1000 feet above sea level in the Five Finger Mountains, so any holiday villa in Karmi (or Karaman) is bound to have spectacular views down to the coast and the sparkling Mediterranean Sea. This former Greek Cypriot village was badly damaged in the 1974 conflict, and has been lovingly restored by the TRNC Ministry of Tourism. Only foreigners are allowed to take 25-year leases on the 100 or so original houses, making Karmi a very exclusive and cosmopolitan village. Flowers and plants seem to spring from every stone, and the roof terrace burst into bloom every spring.

Holiday Villas to Rent within Karmi in North Cyprus 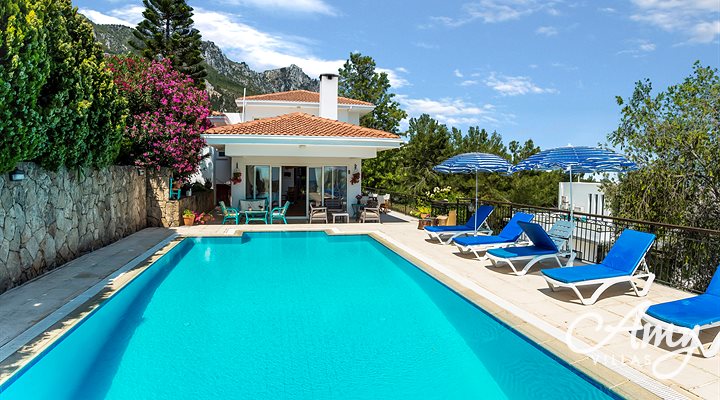 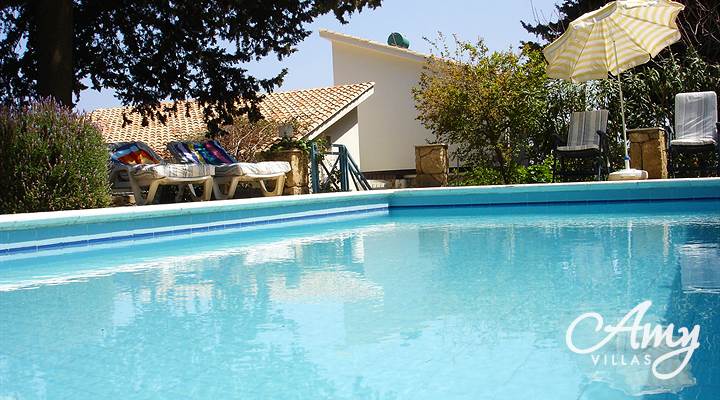 The impeccably-restored Karmi village can feel like a small part of England in North Cyprus, with street names like Geranium Lane, and the Crow's Nest pub nestling in the village centre. Yet, you only have to feel the strong Cyprus sun on your face as you throw open the shutters of your holiday villa to know this isn't Devon!

The village of Karmi is a fascinating place to wander around. The former Greek Orthodox church contains a small museum, open only on Sundays, which houses icons rescued from decaying local churches. Just outside the village are ancient Bronze Age tombs, dating from 1900BC, which dates the ancient burial sites older than the Royal tombs at Salamis.

Much of the appeal of Karmi is being so high in the Five Finger Mountains, with only the jagged peaks and St Hilarion Castle above you. However, if you can't resist a trip to the beach from your villa to rent in Karaman, simply point your North Cyprus hire car downhill, and you'll soon be at the coast road. To the west is Escape Beach Club, a complete day out by the sea with sun loungers, water sports, safe bathing for the kids, golden sands, shallow waters, a beach bar - everything you need, in one resort.

Just a few minutes' drive to the east is the historic town of Kyrenia, with perhaps the prettiest Venetian harbour in the whole of North Cyprus. Enjoy a relaxing lunch by the harbour before exploring the shops in the winding medieval streets leading from the harbour, or stock up on fresh fruit and veg for your holiday villa kitchen back in Karmi. The Treasure restaurant lies just below the village and is a perfect spot for a meal with a view; the terrace is just one table wide to give you the best view possible. Try the molohiya (lamb stew with root vegetables and garlic), or taze fasulye (green bean stew with lamb cubes in tomato sauce).

For a night away from your North Cyprus holiday villa kitchen stove, try the local restaurants in Karmi. It's worth the trip to the Halfway House restaurant , literally halfway between Karmi and Edremit. The views from the restaurant are stunning and the kelftiko (slow-roasted lamb) comes highly recommended. The Hideaway Club also hosts special kelftiko nights, and barbecue nights with a traditional belly dancer. There is also Levant Bistro & Bar which provides an ambiance with breathtaking views in a traditional Cypriot building.

Cosy Villa for Rent in Karmi with Amy Villas

Take a 'restoring' holiday in this special village in a villa for rent in Karmi, from Amy Villas.